So, when I heard there was going to be a Batman vs. Superman movie, my first thought was, ‘Why is this happening,’ versus ‘Does Batman put a lot of money around his neck so Superman can’t break it? Why is this a thing?’ The added clusterfuckery of additional superheroes had me scratching my head as to what the heck this movie would be about, though I am always glad to see Jason Momoa get work.

All of the preliminaries rattling around in my brain, I thought, what could a good Batman versus Superman movie be about? And within a span of like, 10-20 minutes, I posted this on Twitter. Obviously there’d be a bit more dialog but the basics are there. Enjoy!

> Clark Kent is on a beach, reporting about some terrible environmental thing that is killing sea life. Then, Aquaman shows up. He is mad.

> Aquaman’s all, hey, I know who’s causing this, it is the Wayne Company! I’d punch the guy myself but I’m a superperson, Wayne’s a rich jerk. > Clark Kent is all, I need to investigate Bruce Wayne! He goes to talk to him and Wayne is all, whatever, look at me! throws money around > Clark Kent is sad and goes back to the office. But then Batman shows up and is all hey, I have some incriminating evidence vs. Wayne. > Batman is all, I know where there’s more but I don’t think some square jawed nerd like you can get it, just saying, flies away. > So Clark Kent is like, do I use my Supes powers to investigate this, it is kind of important, blah blah blah. > He does use his Supes power and gets the evidence and then is like, CLARK KENT REPORTING< I HAVE AN INSIDE SOURCE. > His editor is like, KENT, YOU CAN’T DO THIS, YOU HAVE TO NAME SOURCES. And Kent is all, you won’t believe me. > And Lios Lane is all, Kent, do they even have journalism school on Krypton, I am asking for a friend. > And then Bruce Wayne shows up and is all, this is bullshit, you square jawed nerd, stop investigating me. throws money > Clark Kent is all wait a minute. > Then Clark Kent is investigating more and this other Female journalist who works for a competing network, her name is Diane Prince > She is also investigating, she is working for another news channel run by let’s say Lex Luthor, sure. > Clark is like damn, I was going to go all Supes but Diane is like, hey, let’s work together, power in numbers journalism buddy. > Together they investigate and Supes is like, wait, I think this Prince lady is like, very strong or something, what is going on, should I be > Stuff comes up, where he is like, do I use my Supes power or should I use my INVESTIGATION powers, oh damn, this lady is buff. > They sort it out because they’re not just strong but like, not idiots, they get the evidence they need. 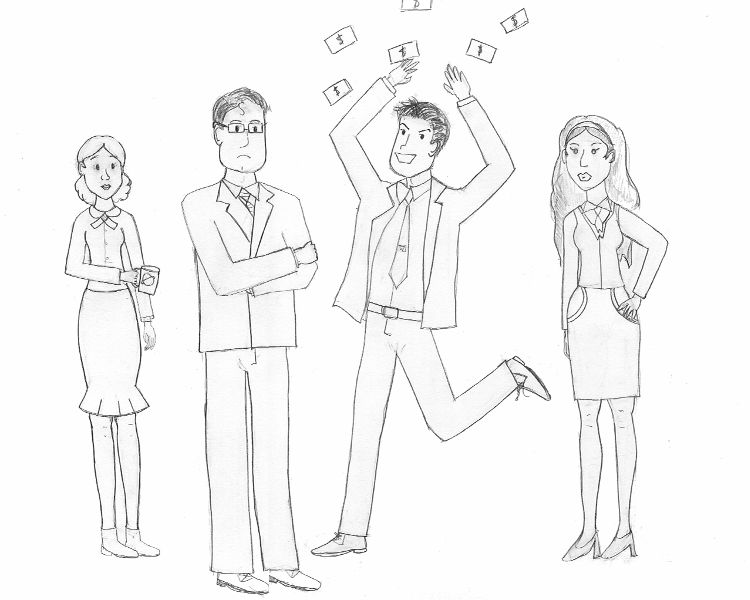 > Diana Prince rolls up to Kent’s job and is like, good job buddy! And Lois Lane is like, huh, and Prince is all, wanna be work out buddies?

> And Lois Lane is like, yeah, I would like to be buff, let’s go get buff together. > Back to Kent, he is like oh man, I am getting closer and then Batman rolls up again and is like, I HAVE THE LAST PIECE< NERD. > Meet me here, Kent, you will get the whole story. > He is like okay, cool, and because Lois and Prince like, see him, they know something is they are all, Kent, where are you going? > And Kent is like, I am too lawful good to lie to these two buff, talented ladies, okay, here is the deal. > So all three go and they’re like, we are going to see Wayne actually doing some bad shit! WHOA. > They roll out, all investigative journal reporter style, all like, we are going to get Wayne! AND OH SHIT, IT IS BATMAN. > Batman is all, I AM GOING TO FUCK YOUR SHIT UP, NERD. > Batman starts beating up Kent and he is like damn, I need to like, be Superman, this is going to suck. > Batman is like, I PLAYED YOU, YOU IDIOT. > And Kent is all like, craaaaaap and then WONDER WOMAN IS LIKE, I AM GOING TO FUCK YOU UP, BATMAN. > So finally Supes is like, okay, glasses off. > Lois is all crap, I need to record this but I am also really sure there actually is a last piece of the puzzle, goes to download some stuff. > So Supes and WW start fighting Batman and she gets the lariat on him and Supes is like, who does Wayne have in his pocket? IT’S WAYNE. > Supes is like, THIS IS WHY WAYNE ALWAYS THROWS MONEY AT SHIT BATMAN BREAKS. > And Batman is like, I AM NOT BRUCE WAYNE, I AM BATMAN, YOU FUCKING NERD. > And Wonder Woman is bro, he really is like…we need to get him some help. Something is not right with this bro. > And Superman is like, do I reveal what the fuck is going on, Wayne is a total asshole and Batman is a jerk but oh no :( > Lois gets the files and Supes and WW are like, let’s get this dude some help, Batman/Wayne isn’t 110% bad and the alternative is worse > Because there are other companies that are crappier, politics, blah, they can’t reveal Wayne is Batman or other stuff, Kent is sad. > They take Batman to get some help & Wayne throws money at people so they are like, after some tough newspaper reports, he needed a vacation > And Clark Kent is like, wait, now I don’t have a story, I feel like an idiot and Prince is like, who cares, there are always more stories. > And Clark Kent is all, yeeeeah, but I need to pay rent. Also, wait, you are also a superperson. > But we are also professional competitors but we work together, let’s be friends and Prince is like, sure, but I still like Lois better. > Clark Kent is like, I saved the day with punching and being smart and it was hard and I didn’t even have to break anyone’s neck to do it.

So that is what I think Batman vs. Superman should be.