DnD Movie Fancast: Who Would I Pick? 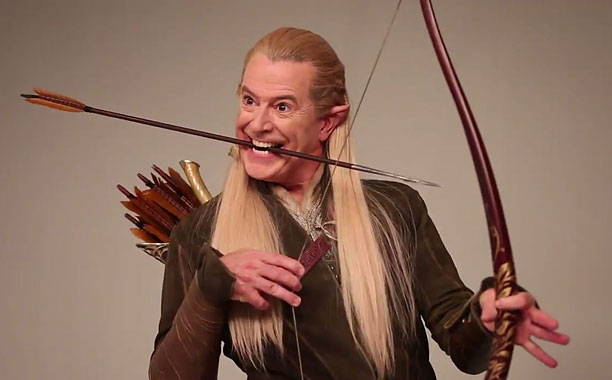 (Note: I would not cast Stephen Colbert as one of the main characters, but that image fits and is too ridonk not to use. But yes.)

For those of you who don’t know, supposedly another DnD movie is in the works. The first one was apparently atrocious, which doesn’t come as any surprise. But with the success of Game of Thrones and so many Tolkien movies, another attempt is being made at a DnD movie, which I will most likely watch the hell out of because, Dungeons and Dragons.

That doesn’t mean I don’t have opinions about who should be in it! For our main party, the people we’re cheering for, I thought long and hard and came up with a fancast for a movie I would watch.

Vin Diesel: Fighter. Vin is an obvious choice. He loves Dungeons and Dragons. He’s charismatic. He can act. He’s buff. And he can do voice acting on the side. People love Vin and I totally think he could fill the +5 boots of Fighter. I think Vin’s character would also be the party cook. What’s the point of fighting if you can’t enjoy a yummy meal afterwards?

Dev Patel: Magic User. Have you seen Dev Patel with a beard? Have you seen him in a serious role? Dev is magic. I just saw Patel in the second Best Exotic Marigold Hotel movie and I think it’s time to let him go back to his Brrrrrrrrrrritish accent, which as we all know is the number one requirement for a spell slinger. He’s got the chops and can pull off the ‘I know more about this than anyone and no one seems to understand me but I’m going to keep talking about it (see: The Newsroom). Let him grow his hair out, put him in a shiny, beautiful robe and let him throw lightning at things.

Zoe Saldana: Cleric. Now. I kind of want her to be an ELF cleric. Elves can be brown. I DO have issues with people of color getting cast in spec fic media, only to be turned blue, green or something else (Gamora, whoever Lupita Nyong’o is playing in Star Wars, Avatar, etc). But elves are really just about the ears and some non-white elves would be rad. She can obviously hit people in the face very well so she’d be a great addition to the party. Obviously we would have to avoid religious chastity crap, which is such a bullshit fantasy trope.

John Leguizamo: Thief. I like the idea of an older rogue. Yes, John is older than most of the cast but I think the idea of a seasoned rogue who has a lot of debt, who may also be trying to make up for some bad decisions in the past is a good hook. John is funny as hell. I’d love to see him in a fantasy movie.

I’ve got more ideas for a basic plot and some other supporting characters. How about you? What do you think about this line up? Who would you cast and what class would they play?