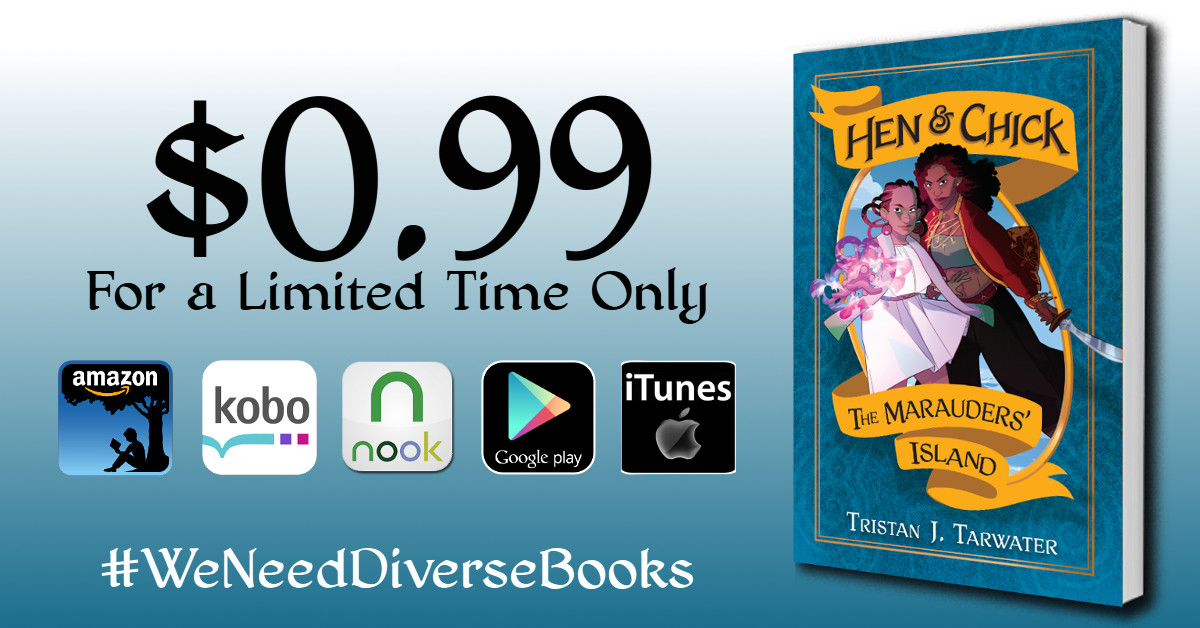 It’s December and for the first time ever, we are having a SALE on Hen & Chick: The Marauders’ Island! For the month of December, you can get the e-book version of my latest fantasy novel for only $0.99! Whoa!

Hen & Chick is a tale of Azria, a mage who is trying to balance growing up and coming into her own as a mage with her desire to get to know her estranged mother and have an adventure. Azria’s always been an outsider in her homeland, and when her mother, (possible pirate) captain Apzana asks her to become a part of her crew to find a treasure hidden on a sunken island, Azria leaps at the chance. But belonging to the crew and being Apzana’s daughter means danger approaches on a cold wind. An infamous mage surfaces from their past, ready to stop them at any cost. Azria faces the biggest challenge of her life: will she be able to raise THE MARAUDERS’ ISLAND?

Hen & Chick: The Marauders’ Island is a fun, fantasy book full of magic, with mystery, family and lots of food! If you want a fantasy book with a rich new setting, people of color and queer characters, Hen & Chick has all that and more!

This sale only goes through December 31st, so don’t miss it! In addition, we are having a Pay What You Want Sale on Hen & Chick on Gumroad! Proceeds will go to the Oceti Sakowin Camp and the National Immigration Law Center.

Treat yourself or a loved one to this awesome, swashbuckling tale of magic, revenge and family!